It’s easy to make incorrect assumptions when it comes to pork butt and pork shoulder. After all, they’re incorrectly named!

You might be confused, you always thought that pork butt came from the hind of the pig - you’d be wrong, but you wouldn’t be the only one.

No matter where they come from, pork butt and shoulder are two different cuts of meat from a pig. They’re often mixed up with each other, which is why we decided to explain the difference to you once and for all.

Below we’ll be looking at what each cut actually is, the differences between them, and the best things to do with each cut. 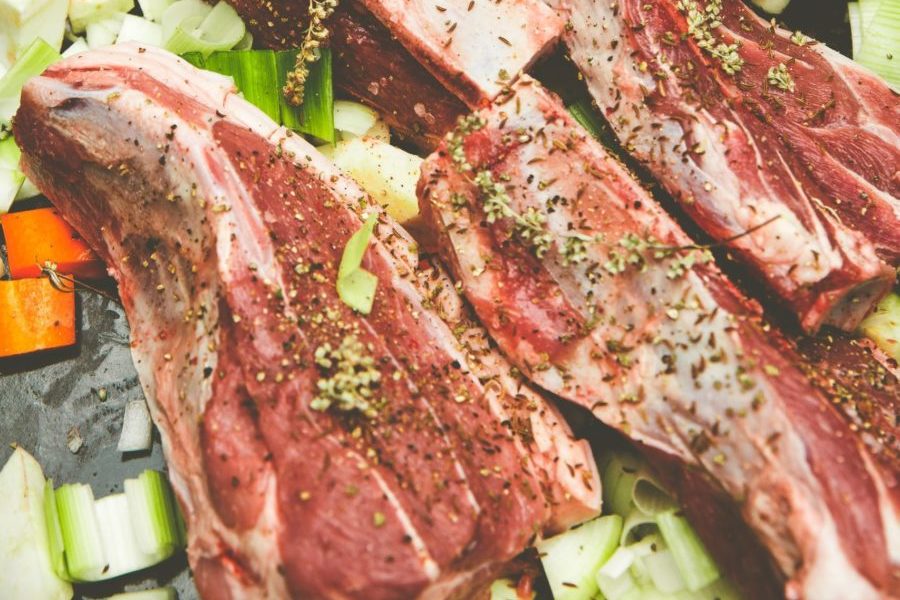 What is Pork Butt?

Pork butt, or Boston butt, is cut from the pig’s shoulder near the spine. It’s a large cut shaped like a rectangle. Before it is sold, the skin is removed to unveil a layer of marbled fat on top of the meat. Many pork butts come with the shoulder blade still attached!

So, why is a cut from the shoulder called a butt? Well, it is easily explained with the revolution that the cuts were traditionally shipped in barrels, and another name for barrels is butts.

What is Pork Shoulder?

Pork shoulder is better known as picnic ham and comes from the top part of the pig’s leg. Better known as the hock, the top of the leg is often sold with the bone still through the middle. The skin is usually still attached to the shoulder when it’s sold.

Pig legs are often more muscular and therefore harder than other cuts of the pig, so it needs to be cooked for longer and at a higher temperature to get tender enough to be enjoyable.

Pork butt and pork shoulder are located in similar areas to the pig, with the butt being located directly above the shoulder cut. They are two sub-primal cuts split from one primal cut. There are a few main differences between these two cuts, such as the characteristics and shape.

While the names might throw you off when it comes to distinguishing between these cuts, the look of them makes it very difficult to mistake. Pork butt has a layer of marbled intramuscular fat on the top of it, while pork shoulder is less fatty but tougher to touch.

The shape is another main difference between the two cuts. Pork butt is often a perfect rectangular shape, while the shoulder is a triangular shape. It’s interesting to see how two cuts that come from a similar area of the pig can be so different in so many ways.

When To Use Pork Butt

No matter how you decide to cook your pork butt, the internal temperature needs to reach 195 degrees Fahrenheit. The connective tissue and fat inside the cut allow it to be easily pulled apart and tender. 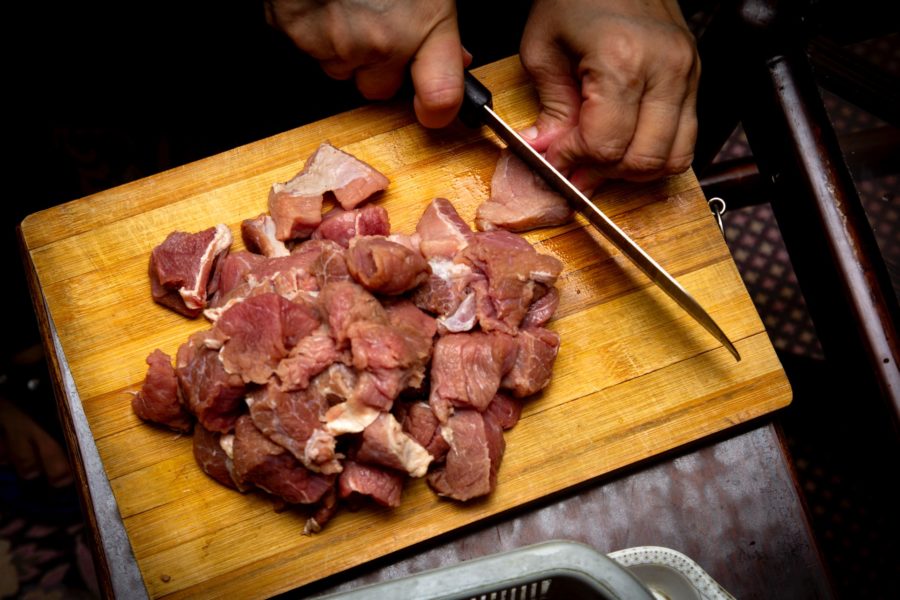 When To Use Pork Shoulder

Pork shoulder is most commonly used for roasting as the meat is tougher than the pork butt. You can remove the skin and roast the shoulder either on or off of the bone.

Alternatively, you can roast the shoulder with the skin on and make pork crackling. Many people enjoy the taste of pork crackling and underestimate how easy it can be to make.

The shoulder is also good for pulled pork much like the butt; however, you would have to remove the skin and bone beforehand. The cooking time would also have to be adjusted so that you could reach the perfect tenderness needed for pulled pork.

Which Cut is More Expensive?

It’s impossible to give you an accurate price range that you can expect to get a cut of pork for.

The price will range from place to place and is ultimately down to the butcher or seller. However, the cost of the meat often goes on size, and therefore the shoulder would often be cheaper.

The pork butt is normally larger than the pork shoulder, which is why it would cost more if your butcher priced their meat based on the size.

Which Cut is More Effort?

Pork shoulder often requires more work if you’re planning on removing the skin and the bone before cooking. Pork butt is often ready to go straight from the butchers into the cooker, so there isn’t much effort required for this cut of meat.

However, if you’re planning on roasting the pork shoulder you might not want to remove the skin or bone. This would mean that there is a similar effort required for both of the cuts.

Neither the shoulder nor the butt requires much effort to cook at all, so it’s all down to your personal preference.

We hope that our article has made your trip to the butchers a little easier and more interesting. Contrary to popular belief, neither the pork shoulder nor the pork butt is located near the hind of the animal, but rather near the shoulder blades.

Pork butt and the pork shoulder can be used for making pulled pork although the former is considered better, and both can also be roasted. Pork shoulder gives you a more traditional roasting experience.

One of the main differences between the two cuts of meat is their sizes. Pork butt is larger and shaped like a rectangle while the pork shoulder is smaller and triangular-shaped.

Remember that pork shoulder often comes with the bone still attached so you’re getting less meat than it first may seem.